Overview of the Demo

Security is a vital part of a DBA, Developer and Data Architects job these days. The number of attacks on databases of major retailors from criminals looking for information like email addresses, ID numbers, birthdays, etc. on individuals to be exploited and sold is ever increasing. The demo contained in the link at the bottom of this page is meant to showcase three of the new features Microsoft is bringing to the Azure SQL Database v12 and SQL Server 2016 to help combat this cyber-attacks:

This first part of the demo is meant to show how an organizational hierarchy and asset hierarchy can be leveraged together to provide Row Level Security on tables in a SQL Server database using the new predicate based RLS feature in SQL Server 2016 and Azure v12. This demo is completely made up oil well production data for a fictitious organization with 153 fictional employees and come as in with ABSOLUTELY NO WARRANTY or GUARANTEE!

Also, the demo will show how to use RLS with the HieararchyID Datatype, the new Dynamic Data Masking and Always Encrypted Security Features.

This post is about the demo which will show you an advanced implementation template for RLS as well as some of the other security features. Please use the links above to the official Microsoft documentation to learn about each feature first before trying out the demo as it will help you understand the demo better.

If you attended the session at SQL Summit 2015, Overview of Security Investments in SQL Server 2016 and Azure SQL Database [DBA-327-M], which I co-presented with the Microsoft SQL Server Security team this is the demo we used at the end.

Asset and Organization Hierarchies and RLS

The basis of the security is nodes in the organizational hierarchy are granted access to levels in the asset hierarchy and those grants filter down to the members below in the hierarchy. This allows for inheritance of permissions via the Organization and Asset Hierarchy (i.e. Child nodes can inherit from Parent Nodes).

Functionality is built-in to the model to override the security model for a lower member including denying access altogether (‘NONE’ in the security map) or granting access to all data (‘ALL’ in the security map) via exceptions (SEC_USER_EXCEPTIONS). A base user table exists (SEC_ORG_USER_BASE) that has the relationship of employee to manager as well as the organizational unit id for the employee. This table would likely be fed from an HR system in a production scenario. A master table for the wells (WELL_MASTER) contains the asset hierarchy to filter security to the well data. Read the notes about the tables below for more details.

Below shows what an Asset and Organizational Hierarchy would look like (also, this is what is in the demo) and finally a walk down one branch of the organizational hierarchy to see how to apply RLS against the Asset Hierarchy. 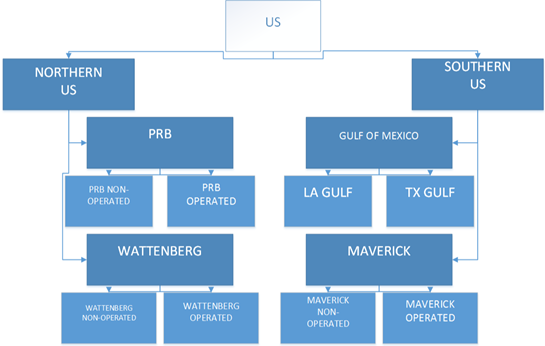 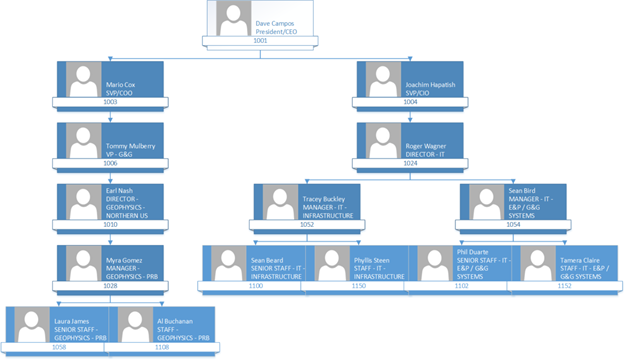 Asset and Organization Hierarchy and RLS (CEO to one USER) 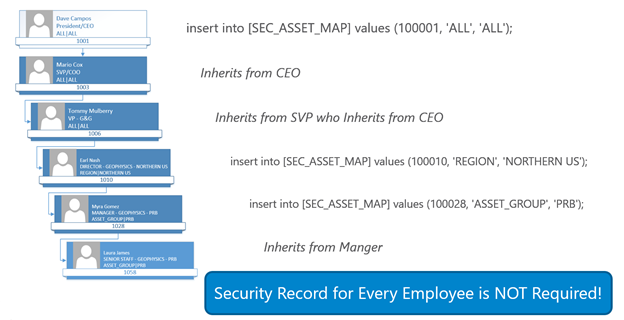 There are 6 scripts to run to see the entire demo (and you just run them in the order they are number, 1 – 6):

This script also will build users in the database based on the userids generated in SEC_ORG_USER_BASE table for testing RLS.

This script contains sample queries to test RLS at different levels in the organizational hierarchy and asset hierarchy. It also will add another entry in the security table granting a user access to another level in the hierarchy along with their current level and run the procedure to update the security to include this new entry.

This script will setup the Master and Column keys for Always Encrypted as well as add a new encrypted column, SSN, to the SEC_ORG_USER_BASE table to test Always On Encryption. NOTE: If your database you are using for this demo is on a separate server than where you will run the application (see below) included in the download to test all the features you will need to run this script from SSMS on the machine you run the application and it will need .NET 4.6. 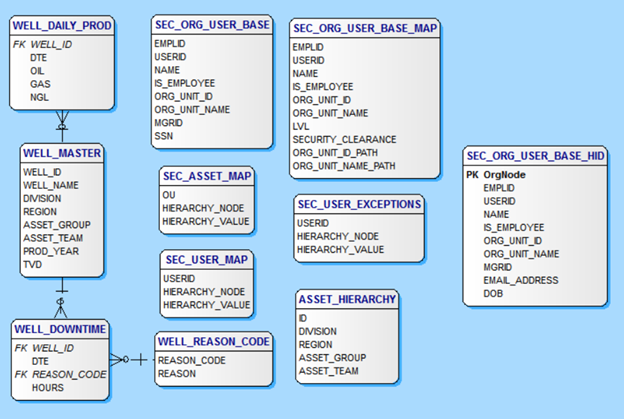 There is an application built in Visual Studio 2015 (.NET 4.6) that you can use to test out the demo once you run all 6 scripts (Source code is included as well!). Just run the EXE in the download on a machine with .NET 4.6 installed and the instructions are at the bottom of the application (see screenshot below).

Use the WELL_MASTER, WELL_DAILY_PROD and/or WELL_DOWNTIME to test the Parent/Child RLS Demo (Scripts 1 – 4). Use the SEC_ORG_USER_BASE_HID table to test the RLS with HierarchyID and Dynamic Data Masking (Script 5). Finally, use the SEC_ORG_USER_BASE table to test the Always Encrypted. You can EDIT the fields by clicking inside of them so for the Always Encrypted Demo you would click in the cell for SSN for an employee and enter a valid SSN and click “Commit” (see screenshot below). 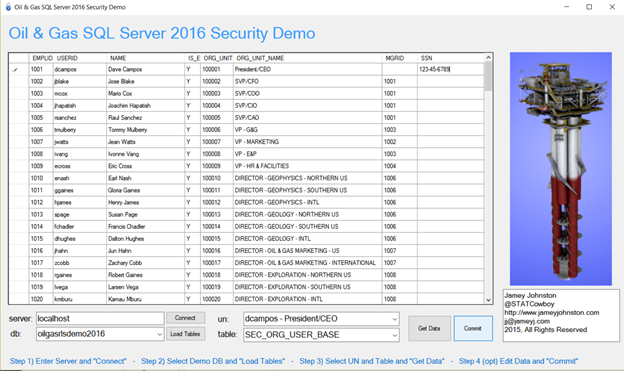 Below is the contents of the demo download and descriptions about each file/folder. To run through the demo, do the following:

Hope you enjoy and tweet me @STATCowboy if you have questions, comments or concerns or need help with the demo!

This site uses Akismet to reduce spam. Learn how your comment data is processed.